TWO ROW WAMPUM: A historical treaty with relevance today | article by Mel Ve | Cultural collision has become a subject of fascination for me, as an avid evolving New Anthropology student, where the answers to the questions of “who we are?” and “how did we get here?”, emerge like shadowy figures from the long lost memory of humanity.  Having taken the time to learn about many different iterations of humanity, different cultures and their traditions, I have always been fascinated by the concept of the TWO ROW WAMPUM, which is discussed at great length in my documentary film, LAST OF THE BOERS. 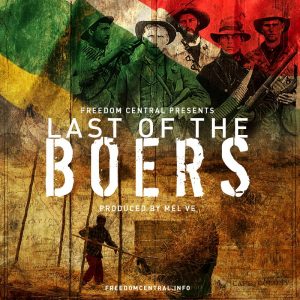 When we look at our world today, with all the craziness that is going on, and all the deliberately output, agenda driven manipulation, it is often confusing to assimilate a balanced perspective on how to move forward.  Indeed, how Do we protect our cultural heritage, whilst still being part of the process of globalisation?

How do we move forward in a way that is beneficial for all people?

And how do we manage respect for each other’s cultures, differences and hereditary traditions?

In order to go forward, we need to look back at some of the amazing bridges in culture that have been built in the past.  It is almost impossible to believe in a time when race was not turning on race, brother turning on brother, but indeed, there have been past peoples who got the mutual respect for each other’s cultures right, and symbolised it forever in the form of the TWO ROW WAMPUM TREATY.

The TWO ROW WAMPUM treaty is a reference to a one of the oldest treaty relationships between the Natives and European immigrants, specifically the Dutch.  The treaty was made in 1613.  It is also known as the Tawagonshi Treaty, and it was made by the representatives of the Five Nations of the Haudenosaunee / Iroquois, and representatives of the Dutch government.  This agreement took place in what is now upstate New York.

The TWO ROW WAMPUM treaty can best be described by the symbolic token, being the Wampum belt, which is made from TWO ROWS of purple beads, against a background of white beads.  The TWO ROWS of purple beads are each representative of the Iroquios and the Dutch, who were sailing down the river of life together, equally, side by side, one not seeking to dominate the other, rather equal in all aspect, respecting each other’s culture, whilst also acting as good neighbours do, offering assistance to each other for the benefit of the greater good.

The concept of peace based on freedom, respect, tolerance and co-operation is so simple, and so inherent in our nature, that it has taken a great machination of our corrupt society, to get to the point we are at now, where we are so manipulated into destructive behaviours.  Our biological imperative demands that we live in harmony with our surroundings.  That is the true, deepest instinct, ever present, beneath all the social conditioning.  So are we not capable of something better?

In a time where we are actively implanted with prejudices, with the intention of causing conflict, we can take a lesson from the people of the past, existed at a time were there was no media, no Facebook, nothing to shape their social outlook and resulting world view, except for their religious ideology and cultural traditions.  The TWO ROW WAMPUM TREATY, is for me, an example of a simple act of cultural respect, which has become inextricably linked with the notion of a peaceful path for contrasting cultures, wishing to live in complete respect for each other, one not seeking to dominate the other.

The collision of culture is one of the greatest paradoxes of our time.  All across the ages, even in ancient history, people set forth to seek, to find, to conquer, to move, relocate, and even to escape, often do so due to circumstances beyond their control, such as war, natural or man-made disasters (earthquake, tsunami, drought, flood, famine, radiation), even socio-economic reasons.  Those who have had to leave their cultural home land, have always had to deal with the clash of cultures, whilst attempting to navigate the new landscape in a way that ensured maximum chance of  survival.  Those cultures who have had to receive travellers from a far away land, have long since suffered the risk of cultural genocide by an invading, dominant culture.

Somewhere in between, there needs to be the middle ground upon which we all can live in complete harmony, whilst still preserving our own specific cultural heritage, and respecting the differing cultural heritage of others.  The idea iconised in the TWO ROW WAMPUM has more relevance in our present time, than at any other time in recent history.

Previous PostWHY I WON’T APOLOGIZE FOR MY WHITE PRIVILEGE