RIGHTS OF FIRST NATIONS | Article by Mel Ve | The unifying power behind First Alliance News, being the contributors who are able to facilitate this narrative space, was the love of culture, and the preservation thereof in a world where a Globalist identity is usurping our formative experiences with totalitarian measures designed to socially engineer us into a unified, obedient Globalist cult.

Some would argue, that to hang on to past nostalgia, may limit progress, but it is in the preservation and thus memory of who we are and where we have come from, that provides the psychological soil upon which to build the direction of the future, and what direction will that be?  One rooted in devastation and destruction?  Or perhaps we can do better, if we know better.

I would argue that we are indeed a species with amnesia, and despite our best attempts to preserve all manner and means of antiquities within museums and archives, we have yet to grasp the full extent of who we are and what our purpose is here and now, in this time, when the creshendo of matters beyond our making, all come down on us with an ultimate agenda of enslavement and control.  It is because we are a species with amnesia, we have forgotten how often we have been at this precipice as a species, and more than once destroyed.  We have lost many cultures of the past, some of great advancement having left behind megalithic ruins, all indicating several once advanced iterations of humanity, having existed, but are now all but lost, along with their knowledge, technology and culture.

Would we be better off for having access to that knowledge had it been preserved?

The preservation of our culture is one of the most paradoxical phenomenon of our present times, for how do we preserve our own specific cultural heritage for generations to come, whilst still being part of the process of Globalisation.  Cross cultural influence has peaked over the years, and indeed, we all enjoy experiencing different cultures through their travel, which allows us to experience foreign customs, foods, history and heritage.  And lets face it, you don’t even need to go to China to enjoy Chinese food anymore.  There is a Chinese restaurant in nearly every town.  Even from our screens, the internet has put the world at our fingertips in terms of what we are able to access, purchase, consume and be influenced by.

However the question does beckon… What becomes of the world when we lose that diversity of culture?  Are we to be in a state of placid acceptance of the socially engineered cultural homogenisation?

Cultural homogenisation is an aspect of cultural globalisation, listed as one of its main characteristics, and refers to the reduction in cultural diversity through the popularisation and diffusion of a wide array of cultural symbols, be they physical objects, or customs, ideas and values.  It is the process by which local cultures are transformed or absorbed by a dominant outside culture.  The process of cultural homogenisation results in the breakdown of cultural barriers, with the end result being the global assimilation of a socially engineered single culture…

… and with that in mind, you can say good bye to diversity and freedom!

The preservation of culture has been the driving force behind many of the First Nation efforts to gain their right to self determination.  This move towards self determination, which goes by the legal term of “secession”, is a legally protected process legislated by the highest law there is, being International Law, and is recognised in many United Nations and International Laws on the promotion and protection of Human Rights, and backed up by  the research on Best Practice for the implementation of the Principles of the International Labour Organisation (ILO) Convention No. 169.

Many commonly ask the question of what defines a “First Nation”.  Identification unto “nationhood” is something that most of us can relate to.  The term “First Nation” references the first or original group of people identified with a specific territory.  Some use the term “Aboriginal”, others use the term “Indigenous People”.  It must be noted that there is no universal agreement on the definition of the term “indigenous peoples”.  The United Nations Declaration on the Rights of Indigenous Peoples, identifies “indigenous peoples” as being the beneficiaries of the rights contained in the Declaration, without defining the term.  However the commonly accepted definition is that rendered by the Special-Rapporteur of the UN Sub-Commission on the Promotion and Protection of Human Rights, José Martinez Cobo, describes them as:

“Indigenous communities, peoples and nations are those which, having a historical continuity with pre-invasion and pre-colonial societies that developed on their territories, consider themselves distinct from other sectors of the societies now prevailing in those territories, or parts of them. They form at present non-dominant sectors of society and are determined to preserve, develop and transmit to future generations their ancestral territories, and their ethnic identity, as the basis of their continued existence as peoples, in accordance with their own cultural, social institutions and legal systems.”

This definition also refers to what we may reference as Tribal People, who are not necessarily Aboriginal.  In contrast, article 1 (1) (a) of Convention No. 169 describes ‘tribal peoples’ as:

“Peoples in independent countries whose social, cultural and economic conditions distinguish them from other sections of the national community, and whose status is regulated wholly or partially by their own customs or traditions or by special laws or regulations.”

It is important to recognise that throughout our history, people have migrated from one side of the Earth to the other, often as groups, often travelling as part of their specific cultural heritage, or as with many instances, being forced to relocate due to threats to their existence, be that an environmental, or a socio-political threat.  The terminology of Tribal People thusly covers nomadic cultural groups, that are not particularly identified with a land / territory, but also dislocated peoples, such as refugee groups of a specific identifiable culture.

To conclude:  There are very specific and definable United Nations Laws on Human Rights, which facilitates efforts of cultural groups, to cede their land and territories, from the dominant culture of a governing principle, in favour of their own specific, culturally defined independent territories, not subject to the subjugation, domination and / or rule of the governing principle.  There are many secession efforts underway at the moment, which is opening up the debate on self-determination on many fronts, which can only be a positive thing.

Article written and researched by 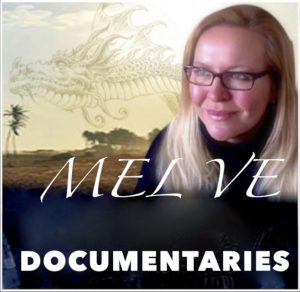 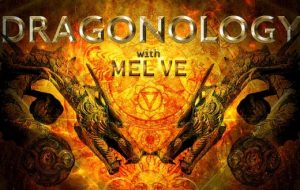 THIS IS THE OFFICIAL WEBSITE OF FIRST ALLIANCE NEWS