Ludmila had been living in the USSR from the 1950s till the year 1993 – the end of the USSR. She talks about the times of security and pride for the country and the people. She remembers a friendly and bright society that had developed during communism times in the USSR/Union of Soviet Socialist Republic (the most direct successor is Russian Federation nowadays) Through the tough times . She talks about hearty and welcome people and a great state support of most of the aspects of human development. Ludmila lived the first 20 years in the small city in Ukrainian Soviet Republic (Ukraine nowadays) and the rest in the regional capital of Russian Soviet Republic (Russian Federation nowadays).

LUDMILA:  I have been living In the Soviet Union for 42 years and these were the best years of my life. I can remember many great things such as friendly people as well as the feeling of safety, but most importantly, we were proud of our country, it’s achievements and progress in science, culture and sports.

When talking about infrastructural support for the people, some of the benefits of living in the Soviet Union included the fact that the healthcare system was free, education was free, both schools and universities were free. Getting your own home was free for everyone.  Health ‘resorts’, rather like retreats or camps, were free but also with an obligatory schedule, or provided with 30% discounts for on demand bookings. Summer camps for kids and nurseries were very affordable.  In all cities, including small cities, we had community centres where we could access multiple sports and crafts, music classes, dancing and creative activities for kids, which were made available to us for free.

In the industrial sector, they adhered to a duty of care to their employees, and every major factory and enterprise had a duty to run summer camps for kids, hospitals, canteens, nurseries. 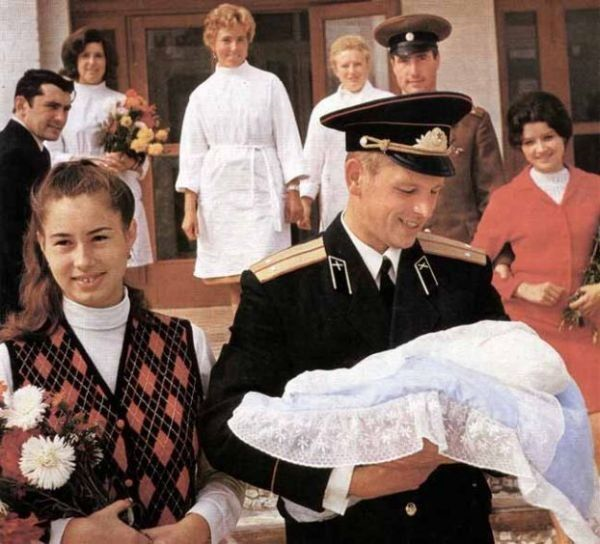 There was an overall feeling of security in what the future might hold, and we felt safe about our present day to day existence, with no worries about the future. We allowed our kids to go to school by themselves at the age of 7, which is the age when they started school.  We felt safe with our kids using public transport. We were very friendly and open with people around us, it didn’t matter that we didn’t know them.  There was a feeling that we were all on the same page and we would treat each other well. We had many friends that I am still friends with. The issues of racism and tensions between different nationalities  weren’t so much of a problem as it is now.  I used to live in Ukraine, Donbas region. At school in my class we had kids of different children of a variety of nationalities – Moldovan, Jews, Greeks, Tatars, ‘Rusky’ (Russian), Ukrainians.  No one thought about nationalities, all the people were equally friends.

INTERVIEWER: Why did you feel proud of the country?

LUDMILA: We were proud because, compared to the West, because we had achieved more. Any bright boy or girl from any school of our country had equal chances to apply and join the best universities and study there for free. Universities provided free accommodation and scholarships for hard working students. The country was interested in nourishing talented people and giving them the means to use their potential. During the times of the USSR (Union of Soviet Socialist Republics) we had the best Universities in the world.

To go back to the topic of healthcare, we had a very advanced state medical system. There were enough jobs for everyone.  After university, graduates were guaranteed to have employment waiting for them.  Such professionals were guaranteed communal flats in blocks which belonged to the factories and enterprises, plus their names were placed in queues in order to get free homes.  In addition, they couldn’t be fired within the first 3 years.

Progress in science was impressive. We were the first nation to launch a man into outer space. I remember I was in Year 5 (12 years old) when it happened.  Classes stopped, we were gathered together in the gym and it was announced!  We were jumping and smiling. It was so exciting!  Even at that age we realised the significance of this event, that we were the first!!!

Of course our life wasn’t perfect but we realised the issues around us, and it didn’t stop us loving our country, our motherland. Because all that we had achieved during the years after the terrible second World War, was impressive. We reconstructed the cities that had been destroyed, and buildings such as factories.  We built new plants and everything was rapidly developing around us, and we felt that.  We were eyewitnesses.  It was inspiring.

We had a motto: “Catch up with and outrun America”.  We believed in that!

Right to annual leave in the USSR was strictly followed. We had guaranteed a 24 working days holiday. Those working at unhealthy manufactures had the right to retire early. Retirement age for women was 55 years, for men – 60 years.  At the extra detrimental manufacturers, retirement age was 45 years for women and 50 for men. My mother worked at a soot manufacturing plant and retired at 45 years of age. 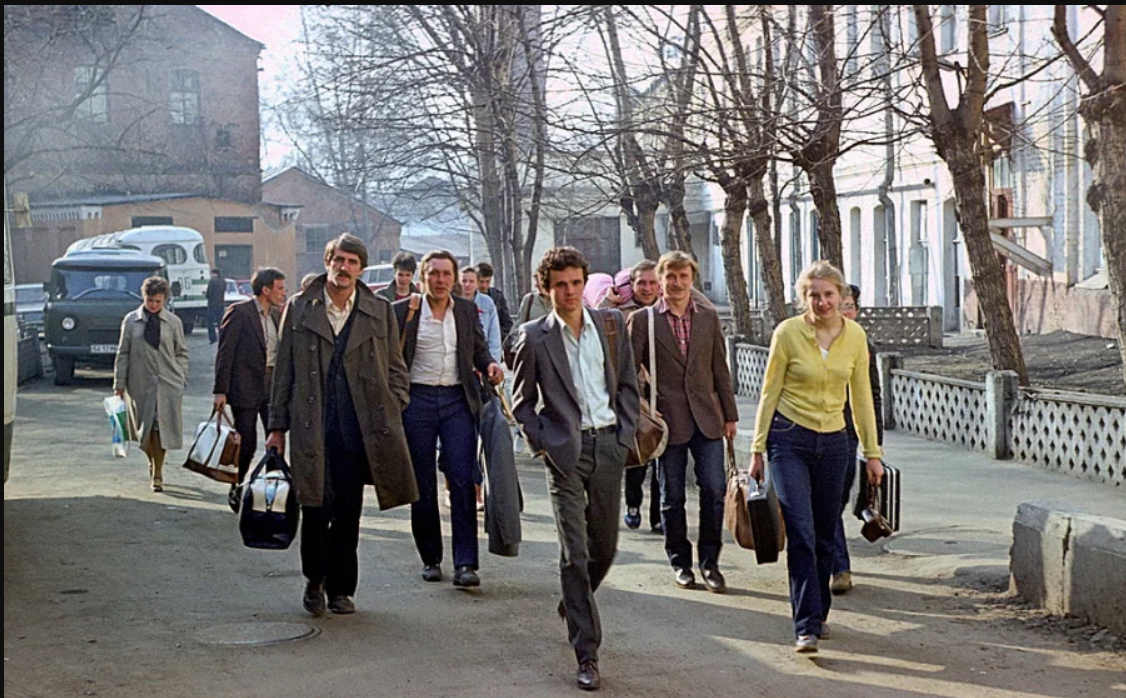 We had banks which were organised by the factories as mutual support public funds. People donated funds into it and when someone needed money then this person was given a share from this fund, without any interest or fees.

We celebrated holidays and birthdays together with colleagues, we gave presents and greeted each other on important dates.  Usually there was a self-nominated person to look after these things.

Every school had after-school classes. Kids had affordable hot meals in schools. Schools ran a lot of free extra curricular classes. We had a lot of sport activities in school and after school, most of them were free. Kids were impressed by ‘Rusky’ (Russian) sports achievements on the world arena: chess, hockey, gymnastics, ice skating – these were our strong priorities in sport.  We knew all our sportsmen or shall we say heroes, by name, and by how they looked.  We had been following their achievements avidly.

From early childhood we had been fostered with love to labour, good moral conduct in society, respect for adults and elders.  Crime levels were quite low.  We didn’t worry about our kids going to school or sports classes by themselves or by  using public transport from the age of 7.

We placed great emphasis on culture, Rusky (Russian) people were the most book-reading nation in the world.  It was a good thing for every family to have a library of books at home. 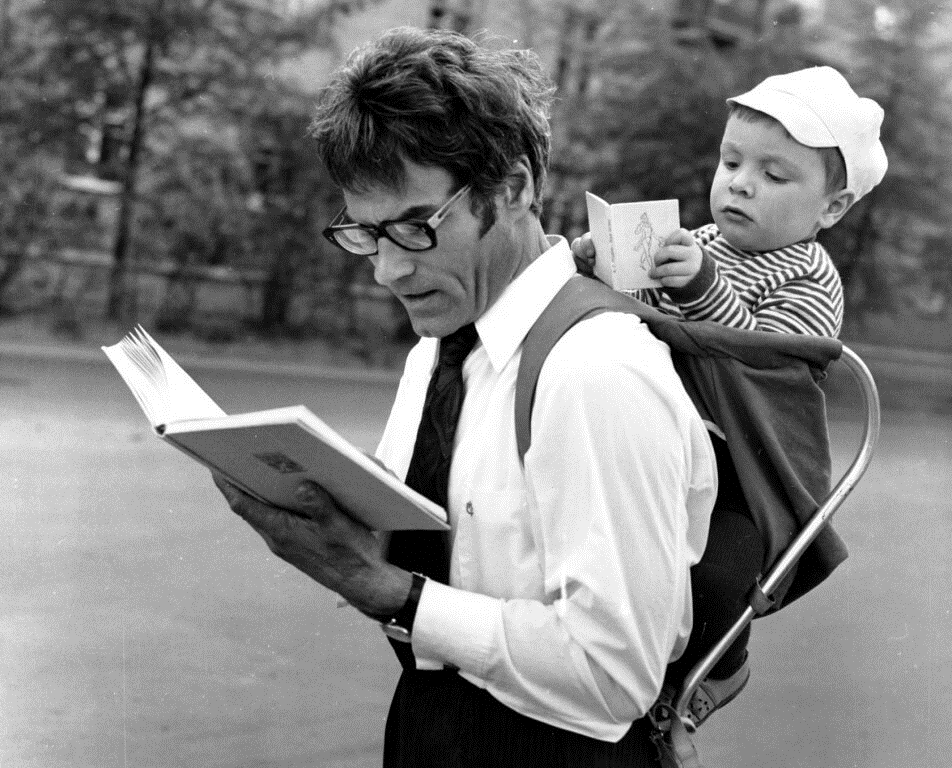 INTERVIEWER: Let’s talk about your childhood in Ukraine. How was the situation about the different nationalities?

LUDMILA: There was no difference at all among Ukrainian, Belarusian and Rusky (Russian) people. We had one nation in our minds.  Everyone thought so. For example; when someone called a lady “Moldavanka” on the street, I genuinely thought it was her surname, not her nationality. (NOTE: Moldavia is one of the 15 USSR republics).

INTERVIEWER: Did you feel safe?

LUDMILA: Yes, kids 5 or 6 years old used to freely go to the local shops together to buy bread or milk.  We used to go to the stadium or ice-skating arena.  No one was afraid of anything.  Children went around by themselves.  We walked around our district together – all safe. The best memory is our school – our class was full of very friendly kids and parents

INTERVIEWER: How was the situation with neighbours and hospitality?

LUDMILA: Strong friendships. How many houses we had on our street was 6-7 together. These 6-7 families were so close that they knew the heritage and number of ancestors of each other very well.  People didn’t hesitate to come to each other’s home occasionally without invitation just to say “Hi”, have a chat, have a laugh together, sometimes to have disagreements or a small quarrel (*laughing).  We had different situations (*smiling) we disagreed and then made peace. 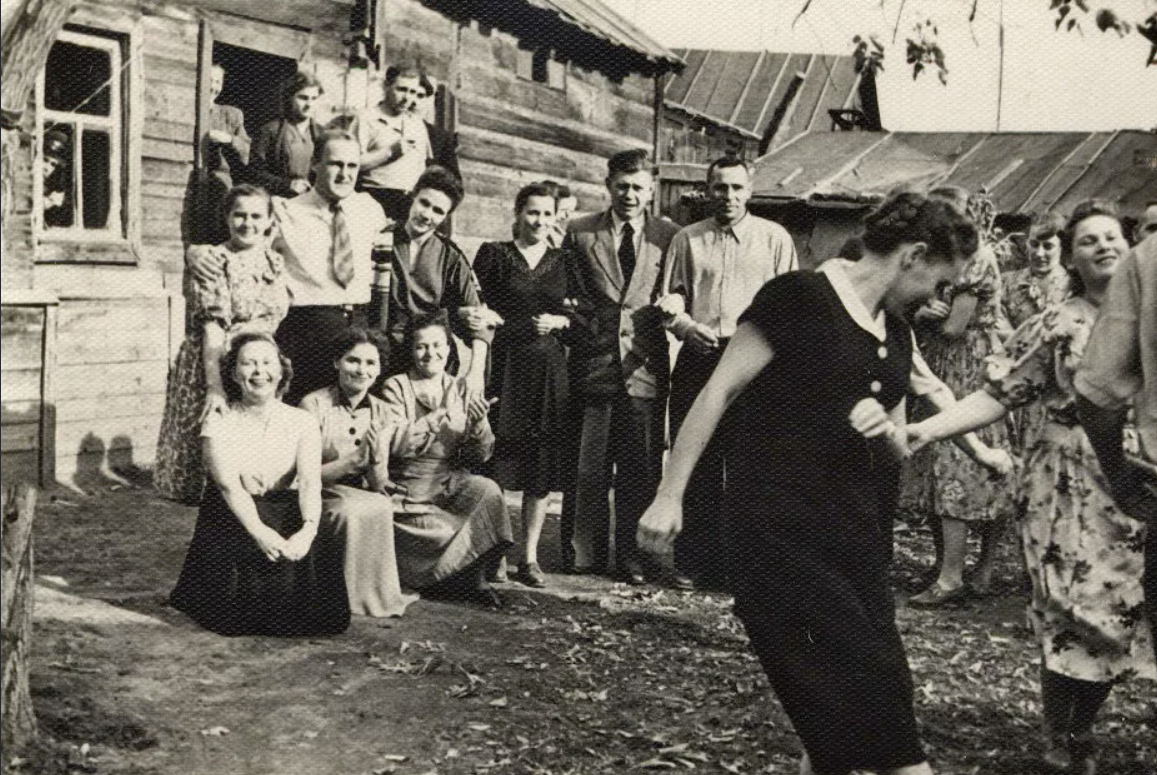 People were very responsive and sympathetic. People were never denied any help that they required. If someone needed help, a person knew he would get it from his close neighbourhood without any doubt.  There was no need to ask for something: all the people around came by themselves to offer help, money, clothes, and a place to sleep. My grandmother was so kind hearted, that if someone passed by badly drunk (alcohol) or hurt she would invite this person to her house, offer some food and a shower and a place to sleep until the next morning.

INTERVIEWER: It is fascinating to hear this level of warmth among people who were ready to give so much to complete strangers.

LUDMILA: Yes exactly. Absolute strangers. For example, during the winter times when it was snowing, if a person was freezing, people took care of him.

LUDMILA: We lived in different times, people were closer to each other.  If there was a celebration, all the friends and their families were invited!  There was no such a thing as one family celebrating something on its own.  It was compulsory that all the relatives were invited, all the friends were invited, and colleagues and good acquaintances.  Even when I had my kids during the seventies and eighties (20th century), we used to invite all the friends for all the celebrations.  Sometimes, people even took their friends into someone’s birthday who they didn’t know before, and made good friends afterwards!

INTERVIEWER: Very interesting. I wonder what was the basis for this, why people were so naturally friendly and close to each other?

LUDMILA: It is hard to say. It was so natural.

Any cookies that may not be particularly necessary for the website to function and is used specifically to collect user personal data via analytics, ads, other embedded contents are termed as non-necessary cookies. It is mandatory to procure user consent prior to running these cookies on your website.